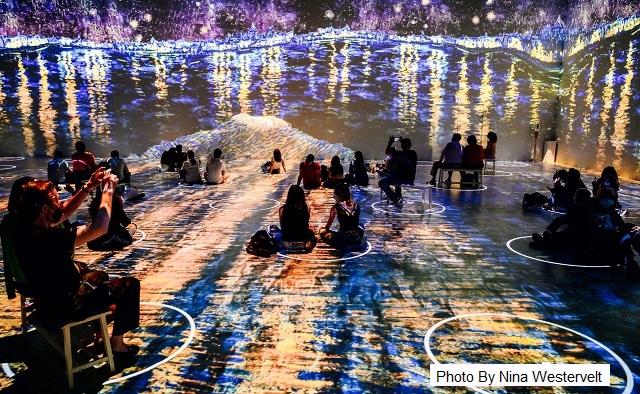 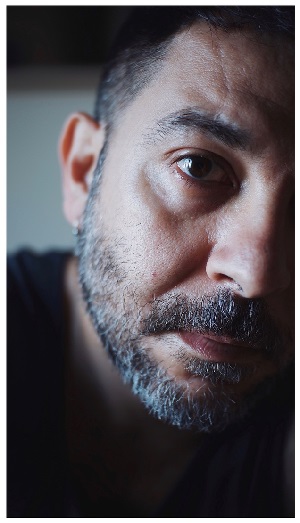 Have you ever dreamt of taking a trip inside Van Gogh’s incredible mind? Have you ever wondered what was going on in the painter’s extraordinary brain when he was creating his masterpieces? This idea became a source of inspiration for those who came up with the idea of ​​creating a Van Gogh immersive exhibition.
For several months now, Pierre 36 in the lower Manhattan has become the most significant exhibition space in New York. Immersive Van Gogh has made a big hit in New York and not only. That is a unique cultural experience. While sitting on the floor and watching Dutch classicist’s paintings coming alive, you are able to experience art in a whole different dimension.
Not all the shows are about painters, and Immersive Van Gogh is one of them. Music plays an integral part in experiencing the whole essence of the exhibition fully. The soundtrack defines and tells the story of a painting. It sets the mood and creates a perfect synthesis of visuals and sound.
It is a well-known fact that Van Gogh had a form of synesthesia called chromesthesia, meaning he had a rare condition allowing him to hear color and see sound.  And the music that accompanies the whole exhibition probably was the one the Dutch post-impressionist was listening in his mind while painting his masterpieces.
The composer of the music is the Italian pianist, composer, and visual artist—Luca Longobardi. His music written for the exhibition mesmerizes the audience, makes you dive deep into Van Gogh’s imaginative world.
Luca Longobardi is a musician who believes that the synthesis of classical and contemporary electronic music is the present and the future of classical music. Trained as a classical musician himself, he loves to incorporate classic with modern.  While listening to his music, you can feel that his compositions are heavily saturated with cinematic influences. The Italian musician feels the connection between his music and visual art. He loves creating a sound that makes the audience experience a different perception of art.
Luca Longobardi was born in 1976. He has studied classical music in Italy and New York. While having a doctorate in digital audio restoration, he has written compositions for ballets, films, and theatrical plays. His music has accompanied several exhibitions, including ‘Atelier des Lumieres’ in Paris. He loves experimenting with music and interacting with the audience. That is why he hosted live streams during the global pandemic. His music is ethereal, makes you forget the reality for a while, and awakens the deep emotions.
I have interviewed Luca Longobardi. He takes us behind the scenes of the creative process, talks about the present and the future of classical music.

L’Idea: When it comes to immersive art, music has a special place in setting the show’s mood and creating an ambiance. So working on Van Gogh’s art must be incredibly challenging. How did the painter’s universe and his state of mind affect your music? Could you please take us behind the scenes of the creation process?
Luca Longobardi: The good output of our immersive shows revolves around a very simple but at the same time complex concept: the right balance between images, sound, and specific space.
The music doesn’t just comment on the images. The images don’t just fill the space, space is not just a scenography pretext, but the three things combine to make each setting unique.
And just because the inspiration is theatrical, people, the fourth element of ‘our’ balance, animate our work with their presence and complete the perfect formula.
I cannot tell you which of these elements come first in the creative process. However, I can tell you thou that the artistic connection I have with Massimiliano Siccardi, with whom I’ve been working for ten years, allows us to manage the deep feelings of all these elements at the same time since day 1 of the creation.
I think there is more than one level of perception for our shows, and this is also a good thing for reaching a vast audience as it is happening to Immersive Van Gogh.

L’Idea: I think that Van Gogh’s immersive exhibition is not only about the Dutch genius we all know. It is a collaboration between you two. The music plays a massive part in creating this unforgettable immersive experience. What was the main challenge for you as a composer while working on the soundtracks?
Luca Longobardi: Music is such a personal thing: everyone perceives it as closely connected to memories and their own life. So I put the soundtrack together by first concentrating on the man behind the art. Van Gogh is both a complicated and contemporary person, and as an artist, I can relate to that. The Paris production was a survey of his life and art, but this new exhibit is more psychological—what is going on in Van Gogh’s mind. For that reason, the music is not linear. The Paris version was primarily classical music, while for this new version, I wrote more original compositions to reflect Van Gogh’s contemporary persona. It was also the first time our show was in touch with American culture: I thought about something that could bring the European taste in a different contest and create a sort of osmosis.

L’Idea: How did you manage to keep a balance between visuals and music? Sometimes it is hard for music not to overcome or “overpower” the visible part of the exhibition…
Luca Longobardi: There is a deep connection between my soundtracks and images: my music is part of them. It doesn’t just support them. The speed of the animation differs from scene to scene, and the music has to follow. For example, in the last moment of the show, when you see The Starry Night, I thought the audience needed their time to elaborate the whole show: they see stars slowly falling, the movement is slow, and the music creates the perfect match for this feeling to flow. Massimiliano knows by instinct how long sequences should be, and I highlight this perception with the soundtrack. Sometimes is the other way around: the track I have chosen or what I wrote decides the rhythm and duration of the scene. It is mutual, and that brings to that excellent balance between music and images.

L’Idea: Visual art and music- how do these two connect, and how does art transform into composition?
Luca Longobardi: I always thought about music in a ‘visual’ way, taking inspiration mainly from contemporary dance: a body that moves in space gives me the correct perception of what that body recalls to be supported in its full expression. That brings back to a sort of altruism that makes music always at the service of a bigger plan. I worked with dancers in theaters for many years: I used to define myself more as a pianist than as a composer. But something changed and brought me to choose this form of expression. I also use to produce visual work myself: I think my production and performances need this part to be expressed in a straightforward way to introduce people to a whole idea of my idea of music.

L’Idea: Perception of time plays a huge part in your music. So how do you perceive the correlation between time and music?
Luca Longobardi: As I said in other interviews, the word ‘immersive’ indicates a deep commitment of intentions that connect images and sounds so that the audience can experience a different perception of the art. Music allows a diverse approach to time, one that is more personal and intimate. Things like soundscapes or even very famous tracks like Edith Piaf’s ‘Non, je ne Regrette Rien’ recall that involuntary memory (to use Marcel Proust’s concept): that allows time to be perceived more familiarly and will enable people to generate new and specific attachments to the experience, a unique madeleine moment. I want people to feel what I feel in my personal experience with music; this is what I imagine when I put together the soundtrack of an immersive show.

L’Idea: Your music has a cinematic influence. What part did cinema, especially Italian cinema, play in your career?
Luca Longobardi: A peculiarly ‘Italian gene’ you can recognize in any works by Ennio Morricone, Nino Rota, Ezio Bossio, Nicola Piovani, gives a specific nuance a theme, to a build-up, to the musical narration. It happened to me to read reviews of my works where similar sensations were emphasized, which makes me understand that you recognize my accent even in speaking the musical language. But my inspirations come from other musical worlds, that of classical music and that of Murcof, Alva Noto, Alessandro Cortini, Nils Frahm, Apparat. The cinematic influence probably comes from the ‘modern classical’ genre to which a lot of my production belong, and that is taking more and more space in the world of cinema.

L’Idea: More and more composers create compositions on the contemporary music stage by the synthesis of classical and electronic music. Do you think this will be the future of modern classical music?
Luca Longobardi: I can tell it is the present, and I can tell it is what the entertainment industry is asking right now. When It comes to the ‘grand public,’ the time window in which something takes root is quite large, and this sometimes leads to a flattening of production, which is almost obliged to adapt to a required model. I like to experiment a lot, to try new instruments and new things. The piano is my main instrument and my signature, but I really want to write different things for different projects. That is why I am more into accepting collaborations with people who appreciate this part of me. With Massimiliano, I am totally free to push my boundaries further, and in this kind of immersive art, I found the perfect space for my creativity to be expressed.

L’Idea: During the pandemic, you hosted the live streams of your concerts. What did it mean for you to interact with your audience? Did these unprecedented times influence you as a musician?
Luca Longobardi: I believed since day one that playing for people was an excellent way to stay connected with reality. I started live-streaming sessions from my home studio to be in touch with my family, friends, fans, and even myself. It became a daily rendezvous that’s helped me a lot. At the same time, I started to receive invitations for online festivals and Q&A sessions. That was a sign for me that people needed to be entertained, be involved in the power of music, and stay in touch with artists they appreciate love. And I also had the unmistakable feeling that people were more receptive to the ‘slow listening concept of music. They had the time to pay attention to music and be involved more actively listening to it. I hope that a small part of them could keep this behavior even now that life is taking back its rushing rhythm and carve out a space of time where they can fully enjoy every little detail that music can give. 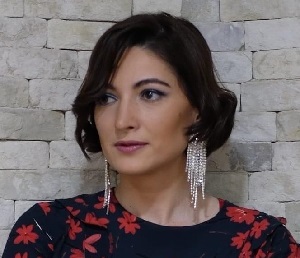 Ruska Giorgadze
Ruska Giorgadze, who has a Master of Mass Communications, is a Journalist and a Film Critic, with more than 10 years of experience in Broadcast and Press Journalism.