Building Economic and Sociocultural Bridges Between Italy and the US

As trade regulations change, as business relations between diverse nations take on diverse routes and diverse strategies, one must remember that throughout changes there are also constants, and from our perspective, the constant is the ever-present link between the “Bel Paese” and the future-oriented land of dreams. As new generations of Americans in search of their roots, seek out century-old traditions in the “Penisola”, even newer generations of Italian natives, seek out experience in the limitless land of possibilities and innovation.

As an intrepid global studies aficionado and student at UCLA, and as an Italian-American, I found myself interested in the subject matter of the link or bridge very much present between, not only the two cultures but the two economies.

The socio-cultural link between the Bel Paese and the USA has been well affirmed, but one mustn’t forget history, especially while society and trade relations go through adversity and change. Some forget that starting from the 1880s Italian immigration into the US became a very real phenomenon, by 1900, nearly 2 million Italians were present in the country – and as per natural consequence of such occurrence, such numbers, of Italian presence between the states has been on the rise. Because of the emigration that occurred from Italy back in the 1880s and 1900s, today nearly 15.7 million people in the US recognize themselves as Italian–American. By having nearly 16 million people identify as Italian-Americans, out of 325 million people living in the US, Italian Americans make up over 4% of the general US population today. 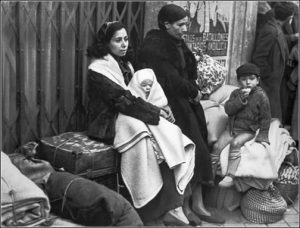 Italian immigration into the US, from the 1880s to today, brought along commercial movement also, as in, fellow Italian natives, found themselves feeling nostalgic of authentic “Italian food”, so some individuals started to bring along their food products and other items from Italy. Some brought back products from Italy merely for nostalgic reasons, while others, more spirited entrepreneurial minds, seeing as the American general public seemed to react well to Italian food products, and in fact seemed to seek out Italian food specifically – at first – explored the opportunity strategically, understood the local demand and the potential and tested the market, but turning their concept into a business. Today there are many Italian or Italophile companies established in the US, but one mustn’t forget the story of how it all started, for example, let’s think back to one the first Italians to turn their idea into a business in Chicago, Mr. Vincenzo Formusa, who opened in 1890 Vincenzo Forumsa 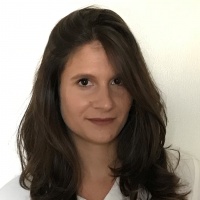 Importing Co, examples such as this one, served as inspiration and true leaders in the Italophile community.

Today, many realities have changed, but one thing that has not changed is the spirit of Italians and Italian-Americans alike, in maintaining the connection between the countries alive – as if one culture, could no longer live without the essence of the other – as if the Italian entrepreneurial spirit takes on – even today – in America a whole new meaning and as if American seeking out their roots, couldn’t live without the soulful traditions of the “Bel Paese”.

The connection that was at first only considered to be social and cultural, has solidified itself in terms of commercial agreements between the two countries. Highly regulated, strategically sought out business pacts have linked the two cultures and the economies. As of 2018, the US is still one of Italy’s most important trading partners, and vice versa.

Recently I spoke with a fellow researcher and expert in international trade and commerce, Ms. Chiara Paolinelli, from the University Nicolo Cusano of Rome, who reminded me, that in 2017, alone, the total amount of bilateral trade in terms of value of goods exchanged between the two countries was of nearly 69 billion dollars – showcasing the grand solidified interdependence economies. Ms. Paolinelli, as an Italian, who has lived in diverse countries, and considers herself a citizen of a world, notices the interconnects between economies and has focused her life’s work, so far on supporting and studying strategic business development plans for a diversity of companies, as well as on a grander scale on an academic and informative perspective also. Ms. Paolinelli, also reminded us during our recent conversation about Italian exports and trade relations with the US that, “Italy may be known for food exports and what not, but the reality is that the grandest chunk of exports, meaning 18% of the total exports are made up of precision machinery and other mechanical products from Italy to the US– so Italy may be known for the pasta, but its excellence is actually also in the delivery of high-end technology, boundary testing innovative robotics, and much much more…”. Chiara also adds, that “Italian-Italophile and Italian American innovators are truly able to test diverse markets, create added value in diverse economies and are building bridges daily, commercially and culturally. An Italian example of building innovative bridges is Mr. Angori– whom I proudly support in his mission – of Pininfarina Italia, timeless Italian car design & engineering firm, who married innovation and design a long time ago and is now promoting it worldwide.”

Recently I also found myself interacting with a diverse group of Italians and Italophiles, at an Italian Professional Networking event in LA, the people I met, coming from different parts of the country and of the world, also spoke to me directly about the grand interconnection between the two countries and the strategic aspect that is that of taking advantage of the bridge, of the two cultures, utilizing Italian creativity and standards for tradition, while testing the exciting US scene. Specifically I was speaking with Mr. Galli, an Italian businessman, who is an expert in fashion, has worked closely with some of the most well-known fashion labels and knows all about strategic business development for a diversity brands – and he stated that: “In Italy one learns traditions and centuries-old craftsmanship, and in the US such craftsmanship really takes flight and can be sold to interested parties, who seek out Italian made wear – and vice-versa one must build a bridge with Italy from the American side – as there is interest in Italian craftsmanship from the US.”

Let us also not forget the role recently played also, by fellow Italians in the US, like Roberto Crea, breaking grounds scientifically in the genetics field – a scientist coming from a traditional country who strategically tested his idea in the right market and has changed the genetics research field today.

Whether it is food imports from Italy, design or fashion or even biotech and genetics, there is a commercial and socio-cultural bridge between Italy and the US.

Today, in this day and age, global business requires a global mindset, such as that which Mr. Angori, Mr. Galli and Ms. Paolinelli have – understanding different cultures, markets and diversities are all key aspects in success in sustaining the vital interconnection between diverse economies and there is much more to building a bridge than merely acquiring knowledge about the business and social cultures of the destination market – it takes the right people, people who are open minded, open to taking risks and testing boundaries and have the qualified skills to do so to make it – that is Italians and American alike – people who are open on diverse levels and able to promote commercial connections strategically and using a certain vision that is truly global, to succeed in building a cross-economic and socio-cultural bridges.

As economic policies change, as trade agreements are amended, as we move from state to state to country to country, it is vital not only for us students, but for the general public alike, to remain interested and informed on the ever-present and unbreakable interdepended between diverse markets – and specifically on the bridge that is between Italy and the US.