What’s In a Name?

“What’s in a name?” asked Juliet in Shakespeare’s play, Romeo and Juliet. She had just learned that her lover’s surname belonged to a family that was her parents’ enemy. Basically most people don’t give their family name a second thought. It’s one’s name, basta! What people don’t realize is that one’s surname holds clues to their distant past. Your last name may relate to your ancestor’s occupation, nationality, physical description, personality and their religion. It may also tell where in town they lived or what province they came from.

In Roman times, only the princely classes had surnames, but not the general population. The aristocrats of Rome were named after their fathers or their origin, if they were not of the Latin tribe. The Romans were Latins , having subjugated the Sabines, the Etruscans, the Samnites, the Umbrians, the Oscans and many others.

The father’s name was the son’s surname.

Italian surnames as we know them came into use in the 1400s when the population moved in large numbers from the country to cities.   When people were in small farming communities, everyone knew their neighbors intimately, their names, their origin, their comings and goings. By contrast, there were so many people in cities with the same name; a system had to be devised to identify someone correctly for legal and church matters, etc.

Italians have more surnames than any other nationality. Three hundred fifty thousand to be exact. Just as the Romans used the father’s name as the identifier, centuries later Italians used the same method.   Some family names were based on the father. For example, Di Bernardo means son of Bernardo, De Alberto (son of Alberto) , D’Onofrio (son of Onofrio,) Del Vescovo (son of the bishop.)

Leonardo da Vinci is identified by the town he came from, Vinci. (Leonardo from Vinci.) My mother-in-law’s family name was Milano. That means one of two things. Her people either came from Milan or it could also mean her family was of Jewish ancestry. When Jews were forced to convert to Catholicism, they were given surnames based on the city in which they made their conversion. My husband’s family, as far as we know, came from Molise and were Catholic.   Were they always Catholic? Did they move from Milan to Cerro al Volturno at some point? I’ll have to do some digging to answer these questions.

People with family names such as Venezia, Firenze, Ferrara, Trani, Genova, etc., would do well to search the Jewish archives in those cities. It’s highly probable that those names were given to them.

Bagnasco (asco), Galeazzi (azzi), Garibaldi (di), Colella (ella) and Cefalu (u) all have a suffix at the end of the word. These endings give the geographic origin of the persons above. They are: Liguria, Emilia, Lombardy, Campania, Sicilia. Lombardy has 24 possible suffixes at the end of a name, the largest number of all the regions. Sicily follows with eleven endings. Some regions share the same suffixes. They are: Liguria and Piemonte, Emilia and Lombardy, Abruzzi and Campania, Sicily and Calabria.

If the surname has a prefix – Li Calzi, Lo Certo, Lu Piccolo, La Rossa, Di Lorenzo, Della Torre, Del Pozzo, De Ceseare, these again indicate where the person was from, although not a precisely as the suffix. For instance, North Italy, South Italy, Central Italy, etc.

Zappa, Farina, Archiprete, Barone, Caruso refer to someone’s occupation and became his surname. For example: Zappa (hoe) is a farmer; Archiprete (high priest) clergy; Barone, (baron) and Caruso means sulfur carrier. Sulfur carriers generally had to keep their hair cropped very short. If you last name is Caruso and your family came from Sicily, you may have worked in the sulfur mines. Otherwise, it was just a physical description of how the person wore his hair. Pelagati ‘skins cats,’ Pelarati, ‘skins rats.’

A name that is very amusing to me is Scozzafava which means fava bean shucker. Fava beans have an inedible skin which needs to be removed before eating the bean. Perhaps in the 1300s, the fava bean farmer was given this name. To shuck means to remove the husk or to open the shell. Before you cook fava beans, you must make a cut at the top of the bean. After they are cooked the skin is removed. Maybe the person who cooked the beans was assigned this surname. It is certainly a curious name. 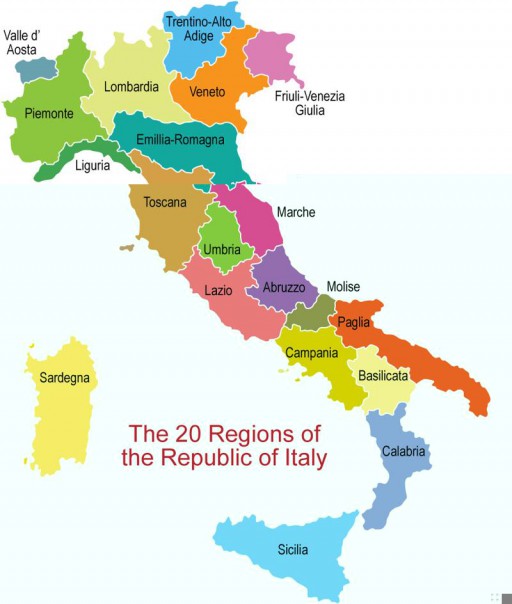 One thing can be said about Italy, people were always coming and going over the millennia.   As a consequence, invaders left their mark in the physical appearance of the inhabitants and in the family name which would reflect the foreign ancestry. Names like Tedesco (German), Greco (Greek), Turco (Turkish), Francese (French), Spagnolo (Spanish) are just a sample of the many names that reflect the conquering armies.

If your ancestor was a founding, and therefore impossible to learn the identity of the parents, they were given names such as Trovato (found), Esposito (placed outside), Orfanelli (little orphans.)

The final manner Italians surnames came into being was the description of the person.  This category is one of the largest. The name reflects either a physical or a personality trait. The name Culetto, the person had a little ‘ass,’ or if the family name was Chiacchierone, the fellow was a chatterer.  In Puglia if you were given the dialectal name Ciavattone, your ancestor was probably a chiseler or thief. Simpler names such as Basso, Alto, Anziano, Del Vecchio , Rossi, Negri, Cecato, Gobo referred to what the person looked like. The names mean: short, tall, old, from the old man, red-heads, blacks, blind, hunched-back.

Let me not forget names whose origins cannot be explained or else someone had a good sense of humor when they were designating a person with his moniker. I have a relative with one such name, Sciancalepore. Sciancalepore means to tear the hare apart, or to cripple it. This name must have had meaning in the 1300s, but is lost to us today. Similar funny names are Barbagelata (Icy beard), Pappalardo (One who eats lard), and Cantalupi (Sings with wolves.)

As you can see there is a great variety of family names in Italy due to the many categories used in the naming process back in the fourteen century. As each region has a very distinct character, a diverse history, so too do the hundreds of thousands of Italian surnames. No other nationality can compile such a comprehensive list, but then Italians always do things in a big way. Don’t they?

Elizabeth Palombella Vallone possesses a B.A. and M.S. degree from Montclair State University and Long Island University. She is a teacher and freelance writer. A contributing author to the anthologies Imprints on Rockland County History (1983) and Curragia: Writings of Italian-American Women (1998), Mrs. Vallone published Stone Perpendicular to Stone—A Tribute to the Land of My Ancestors in 1997. In 2005 she tried her hand at historical fiction and produced the two works. Beyond Bagheria is set in the early twentieth century and the other, Barbarossa’s Princess, is set in 12th century Sicily. Her newest work, Heaven, Hell and Hoboken is scheduled to be released in 2015. Originally from Hoboken, New Jersey, she lives in Rockland County .