To describe the awe that book lovers may have at a Book Expo America visit would be hard. It’s almost as if a kid could visit Santa’s shop in the North Pole (it’s still there, right?). The variety of titles available is staggering. Not necessarily all well written or interesting, but mostly all well-presented, thanks to today’s printing technology advances.

Some of these books, of which there will be a review in future issues of lideamagazine.com, were very intriguing and/or thought-provoking and I am sure the readers will agree with me…

Pope Francis in His Own Words, edited by Julie Schwietert Collazo and Lisa Rogak, is a compilation of the new pope’s thoughts that have been gathered from his sermons, interviews and books from the years predating his ascent to the pontificate. The book offers an insight into his way of being and believing ─ and inspires goodwill, love and hope. His words are direct confrontations with our conscience and make us think as Christians, something that was starting to be dissipated by the dangers of a corrupt or inert clergy and the distractions of today’s world. Great new book!

Another spiritually challenging book, this time a novel, is Catena, A Journey to Virginland, a book that challenges your perceptions about Western civilization, while satirizing religion. The reader will be deeply tested by the content.

Letters to President Clinton, Biblical Lessons on Faith and Leadership proposes an intimate view of a written dialogue between prominent American Orthodox rabbi Menachem Genack, and other contributors, and former President Bill Clinton. Started as a spontaneous writing of letters with spiritual insights, 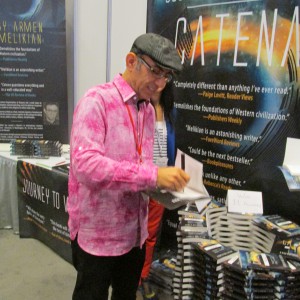 written by the author to then first-term President so as to help him in difficult situations, it develop into a series of brief sermons written by various authors upon request by Menachem Genack and delivered to then second-term President Clinton, who graced the book with his own introduction. Many interesting topics are touched by the various contributors, with an emphasis on the Bible and its teaching, but also with commentaries on anti-Semitism and other delicate subjects.

Saffron Cross, the Unlikely Story of How a Christian Minister Married a Monk, by Dana Trent, narrates the story of the author, a Baptist minister, and Fred, a devout Hindu and former monk. The couple met through eHarmony and the unthinkable happened: they fell in love and married. The story is cheerful, funny, well developed and offers an inside view upon the challenges of two people with different spiritual paths who decide to join for life.

A “how-to” book which caught my eyes was Business in Blue Jeans: How to Have a Successful Business on Your Own Terms, in Your Own Style, by Susan Baroncini-Moe. The book is full of practical and realistic tactics that demonstrate to the reader how to avoid letting the “brain Junk” interfere with starting a business, develop a business plan with true prospective, put together the ideas so as to attract paying customers, compete without large investments, network so as to create a community that will attract even more customers, and much more. The website associated to the book offers even more information for new entrepreneurs.

Another valid book of that genre presented at BEA was The One Thing, The Surprisingly Simple Truth Behind Extraordinary Results, by Gary Keller with Jay Papasan. The book aims to teach how to cut through clutter, achieve better results in less time, build momentum toward one’s goal, overcome that overwhelmed feeling, revive one’s energy, stay on track and master what matters, in other words deliver extraordinary results in every area of one’s life – work, personal, family, and spiritual.

On the lighter side, Super Pop, written by Daniel Harmon, is a compilation of over forty “Top Ten” lists on Pop culture, to “help you win at trivia, survive in the wild, and make it through the holidays”.  While I found the content entertaining and well presented, my eyes were disturbed by the heavy graphic work, which distracted them. I hope a future reprint will tone down the outer borders so as to allow the reader to enjoy the content.

A really well-researched tome by James L. Swanson is The President Has Been Shot, The Assassination of John F. Kennedy, examines the rise to 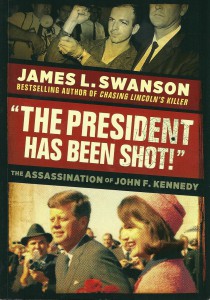 the presidency of Kennedy and the factual details of his assassination. Lots of pictures and documents to accompany the story make it readable even for the younger audience (12 and up).

The unwavering, determined attempts to save an innocent man from execution brought the supports of Mother Theresa, the Pope, the Italian and the European Parliaments and many other persons and institutions in this dramatic, non-fictional narration of the fight against the State of Virginia’s Justice system to save an inmate in death row who, but for an eleventh-hour stay of execution issued by the Supreme Court, would have been put to death by lethal injection.  Written by Lori St John, daughter of an Assistant Attorney General for the State of Connecticut who initially wrote a school paper on this subject and ended up getting involved in a four-year battle, The Corruption of Innocence, A True Story of a Journey for Justice is a captivating and well written book which may interest many Italians, who are well acquainted with the story.

Turning 70 will feel good? That’s what the book edited by Ronnie Sellers promises. 70 Things to Do When You Turn 70 is an inspiring collection of 70 essays by famous contributors who divulge their secrets about how they found fun, intriguing and surprising ways to make their lives at 70+ fulfilling and rewarding. A must read for anyone reaching that milestone age. 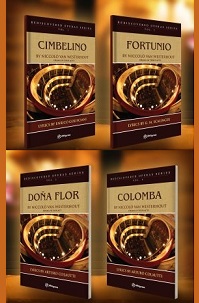