The Italian flag returns to space 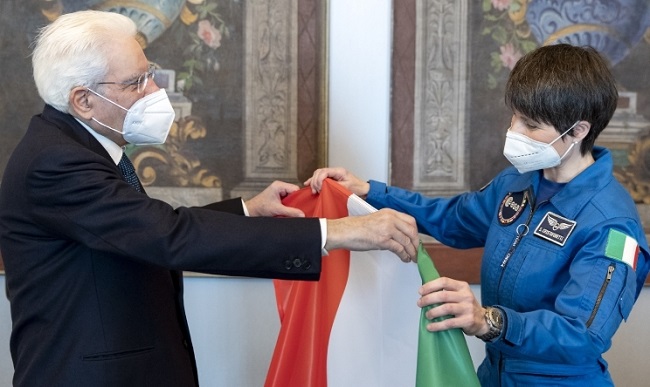 The President of the Republic of Italy, Sergio Mattarella, received this past Friday, January 7, 2022, ESA astronaut Samantha Cristoforetti at the Quirinale building, with the Director General of the European Space Agency, Josef Aschbacher, the President of the Italian Space Agency, Giorgio Saccoccia, and the Head of Cabinet of ESA Director-General Elena Grifoni Winters.

During the meeting, President Mattarella delivered the Tricolor Italian flag that Cristoforetti will take aboard the International Space Station (ISS) in the mission scheduled for spring 2022.

Cristoforetti will be commander of the European Space Station in the Expedition 68 mission. The astronaut – the first European woman to hold this post – will depart with NASA colleagues Kjell Lindgren and Bob Hines aboard a SpaceX Crew Dragon.

Expedition 68 will be the second mission in space for Cristoforetti. (aise)