Italian Canadian-American musician, Michéal Castaldo will release an original Reggaeton song in his native Calabrian language. Spetu Pe Tia (Waitin’ for You) will drop on Spotify and all major digital streaming platforms on September 2. It brings a blend of musical cultures: Spanish, Puerto Rican, Jamaican, and Calabrian.

Castaldo’s Spetu Pe Tia, which translates to Waitin’ for You, originally charted on the Gavin Report with his band, Lives of a Cell, in the mid-1990s with English lyrics. “Although it is now sung in the Calabrian language,” Castaldo notes, “it keeps the energy and nuance of the original charting English version.” 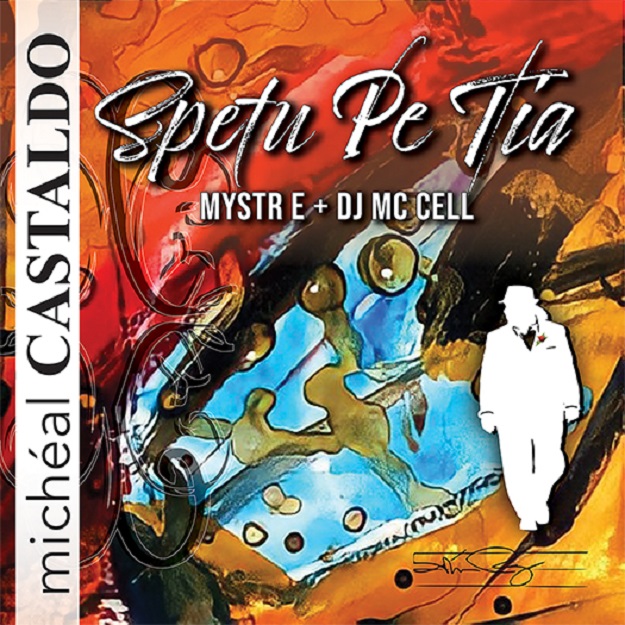 “My recordings of Flamenco Pop songs are sung in Calabrian; it’s my way of preserving the language and telling my stories,” noted Castaldo. 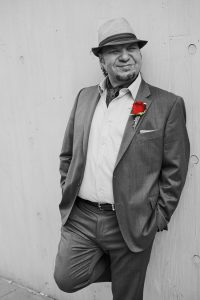 About the Recording Artist

Michéal Castaldo was born in Reggio Calabria, Italy, and immigrated to Canada with his family when he was a young boy. He studied music at Berklee College of Music in Boston. As a vocalist, he has toured North America and Europe, including performances at Carnegie Hall, Lincoln Center, the Rainbow Room, Shea Stadium, Toronto’s Queen Elizabeth Theatre, and Italy’s Teatro F. Cilea and Pescara Opera House.

About the Cover Image Artist

The cover image of Spetu Pe Tia was created by Donna Rega, an abstract artist from Jersey City, New Jersey. Her artwork is done using mixed mediums. Donna draws and paints snapshot angles to create different art forms. Having a broad perspective on the arts gives her the freedom to interrelate elements of color, line, and texture when creating unique works of art. Donna holds a BFA from New Jersey City University in painting and drawing.

Elliott Thomas, aka Mystr-E, is a mix engineer and producer based out of Tuscaloosa, Alabama. After graduating from the Berklee College of Music, he moved to New York and began touring as a keyboardist for freestyle artists, The Cover Girls and Lissette Melendez. He then worked at several mid-major studios as a recording and mix engineer and producer. His clients included Nona Hendryx, Mos Def, Talib Kweli, Angie Stone, Monie Love, Asheru, Dres (Black Sheep), Mark Middleton (Blackstreet), Lumidee, Malik Pendleton, Prestige and Youngblood (The Hitmen), and others.

For further information and to book Michéal and his La Dolce Vita Band, contact: Majestic Castle Music Productions at MajesticCastleMusic@yahoo.com or call toll-free at 877-642-7271.