Food! Glorious food! Italians are what they eat. 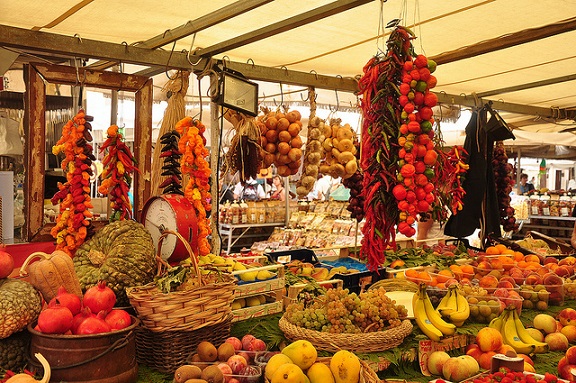 Many of us have just celebrated the Christmas holidays and have tasted the delights of the season. Of course, that is if you remained in the areas with a large Italian-American population. If you daughter is in Nashville and your son is in South Carolina you were probably traveling.

If you brought a trunk full of Italians cooking supplies, then you were in good shape to prepare a sumptuous meal that is so customary for an Italian Christmas feast. If you traveled by plane, good luck trying to find even the most basic ingredients. 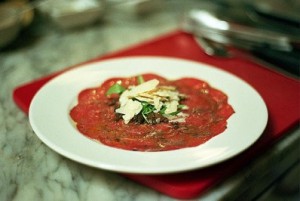 There are approximately thirty Italian restaurants in Nashville and there are only a couple that serve something other than chicken and veal parmesan, marsala, piccata. Antonio’s, which has a 4 star rating, is probably the best, with a wide variety of food that is not drowned in a red ragù. Carpaccio alla Toscana and Salmone e mascarpone are two items not found anywhere else. In Charlotte, the pickings were slimmer. Antipasto, as we know it, barely existed, as well as pasta e fagioli soup. One of their other four star restaurants is indicative of the American’s idea of Italian food. For an appetizer, they had a Giante Meatball as an appetizer. They could have at least looked up the word giant in Italian. To most people, spaghetti and meatballs is the only Italian food they know. 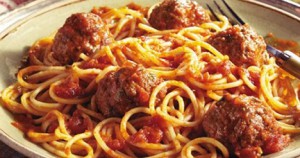 I visited a friend of Dutch-American ancestry and she wanted to make an Italian meal for my visit. I watched as she made her meatballs. She rolled chopped meat – plain chopped meat, no seasonings, no cheese, no egg – into spheres the size of billiard balls and plopped them into jarred sauce to cook. The seasoning was in the sauce, you see.   I know she was making an effort, so I didn’t say a word. She prides herself as being a very fine cook.

The gastronomic history of Italy goes back a very, very long time. Consequently Italians have been concocting delicious recipes for well over two thousand years. In the fourth century B.C. Marcus Gavius Apicius was known for his sauces and creations that are flamboyant and perhaps to us bizarre. Fried flamingo tongues, camel’s heels, and calves’ testicles were popular (by the way, the last item is known to us in the US as Rocky Mountain oysters.) Of course we all have heard of foie gras but good old Apicius came up with that idea. He force fed geese with figs to enlarge their livers, whereas the French decided to use corn. A record of his recipes can be found in two cookbooks – De Condituris and De re coquinaria.

No other ethnic group can boast about food as the Italians can. Unfortunately, the definition of Italian food in America does not resemble how and what Italians eat in Italy. An Italian-American friend went to Italy on a grand tour of Rome, Florence and Venice and came back saying that they could only order pasta pomodoro and pizza because they didn’t have any Italian food they were accustomed to eating at home. You could not find it. They are not very adventurous. In Charlotte, they would fit in well. Bruschetta, caprese, chicken parm, spaghetti with meatballs and tiramisù were on every menu.

For the edification of the Italian-American reader, let’s begin with the definition of Italian food. There is actually no one definition because each region is distinct from the other. Granted with the various areas of Italy being more accessible than they were 60 years ago and the immigration of many southern Italians to northern areas, there has been much cross-cultural exchange. You can find Pugliese food in Rome and Sicilian food in Venice. Still, the character of the food and the palate is still very regional.

Italian-Americans need to know that Italian food is not pasta with a red sauce in many regions of Italy. The assumed typical Italian dinner in America of antipasto, minestrone, pasta, chicken parmesan with zabaione for dessert does not exist in Italy.

Florentines would prefer a soup, the Milanese a risotto and the Venetian a polenta dish for openers.   From Rome southward, macaroni or soup is the appetizer. In northern Italy antipasto consists of eggs in sauces, stuffed mushrooms, pork products like mortadella. In the south, olives and vegetables pickled or fried reign supreme as the hors d’oeuvre. It is never followed by minestrone. The Italians begin their meal with either antipasto or soup, never both. Quite often antipasto is skipped all together and soup is the opener.

Soup would consist of a consumé with bits of meat for the north or sliced vegetables in the south. If you start with a minestrone soup you would never follow with a pasta. After all, minestrone is considered too hearty an entrée to begin a meal.

Vegetables and fish are abundant in Italy, so many meals could consist of a hardy fish soup and bread. Bread is never missing at a meal. Italians do not waste food and as a consequence items that would be thrown away in America are fashioned into an edible dish. The stems of Swiss chard, for instance, are fried into crispy sticks as an appetizer. Inferior cuts of meat, such as lamb’s heart, liver and lung are a delicacy which proper cooking and the right condiments render palatable and delicious.

The skate, a fish that would be discarded in America, is eaten in Italy. The large meaty wing of the skate is boiled, and then sprinkled with lemon juice, oil and parsley. Italians eat to live, not live to eat as Hollywood would have you believe. The French also cook up skate wings, but in butter. They call their dish raie au beurre noire and people pay a hefty price in a French restaurant for it. 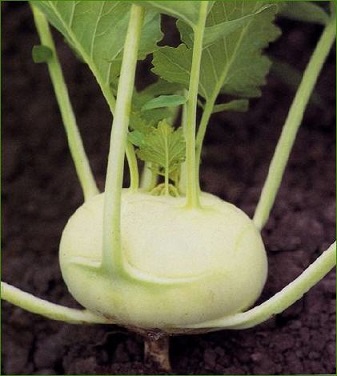 Italy is known for its vast assortment of vegetables. They can be made into a main dish, such as eggplant parmesan or eaten raw. Italian vegetable names are used in the United States but if you go past the coasts you would be hard pressed to find them. Broccoli, zucchini, finocchi are all words borrowed from the Italian language. The Jerusalem artichoke is a corruption of girasole and kohlrabi is the corruption of cavoli rape. I dare you to find these vegetables in West Virginia, but I’m sure you will find spaghetti and meat balls.

An Italian meal is not ended with a piece of cassata cake or pie, nor dessert such as cannoli, zabaione, or panettone. Customarily, in the North fruit and cheese, which is so abundant in all of Italy, is served. In the South, fruit and nuts signal the meal has come to an end.

So, dear readers, rejoice is the diversity of Italian cooking. Italians have taught the world what to eat and how to eat. Do not be fooled by the Italian-American meal. It is more American than Italian. It is not bad, it is different and definitely not what the locals are eating in Venice, Padua, Lucca, Bari and Taranto.