ALL THAT LIES BETWEEN US, A Documentary Film on Maria Mazziotti Gillan 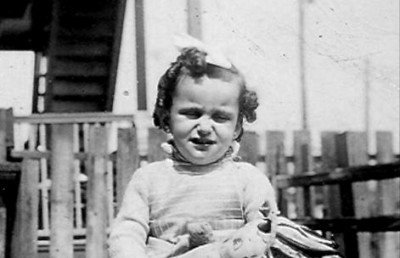 Presented by Maria Mazziotti Gillan
A Documentary Film by Kevin Carey and Mark Hillringhouse
A screening of the documentary film about the life and work of Italian American poet and author Maria Mazziotti Gillan will be done at the Italian American Museum on Thursday, May 22.  The evening will culminate with a special performance by R. G. Evans, whose music was featured in the film. 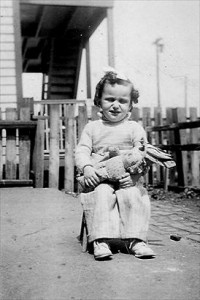 Blending interviews, poetry, photography, and music, All That Lies Between Us is a moving account of the life and work of Maria Mazziotti Gillan, the award-winning author and poet whose humble upbringing in an Italian-American enclave of Paterson inspired much of her writing and led her to establish innovative and highly respected literary ventures in that historic city, including the Poetry Center at Passaic County Community College.

The film features interviews with Ms. Gillan as she reminisces and shares insights about her life, including her student days in Paterson when being Italian was sometimes ridiculed, and when she had the same teacher who taught one of the city’s most celebrated literary figures, poet Allen Ginsberg.

The documentary, which is written, produced and directed by Kevin Carey and Mark Hillringhouse, incorporates images of Paterson that juxtapose sad urban decay with thrilling natural wonders, and remnants of an industrial past with scenes from contemporary life. It also includes footage of Ms. Gillan’s class at Binghamton University-SUNY, and scenes of the campus and city. 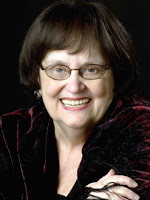 Maria Mazziotti Gillan is a recipient of the 2014 George Garrett Award for Outstanding Community Service in Literature from AWP (Association of Writers & Writing Programs), the 2011 Barnes & Noble Writers for Writers Award from Poets & Writers, and the 2008 American Book Award for her book, All That Lies Between Us (Guernica Editions). She is the founder/executive director of the Poetry Center at Passaic County Community College in Paterson, NJ, and editor of the Paterson Literary Review. She is also director of the Binghamton Center for Writers and the creative writing program, and professor of poetry at Binghamton University-SUNY. She has published 18 books, including: What We Pass On: Collected Poems 1980-2009 (Guernica Editions), The Place I Call Home and The Silence in an Empty House (NYQ Books), Ancestors’ Song (Bordighera Press), and Writing Poetry to Save Your Life: How to Find the Courage to Tell Your Stories (MiroLand, Guernica). With her daughter Jennifer, she is co-editor of four anthologies.http://www.MariaGillan.com

His original music, including the song “The Crows of Paterson,” was featured in the documentary All That Lies Between Us about the life and work of Maria Mazziotti Gillan.