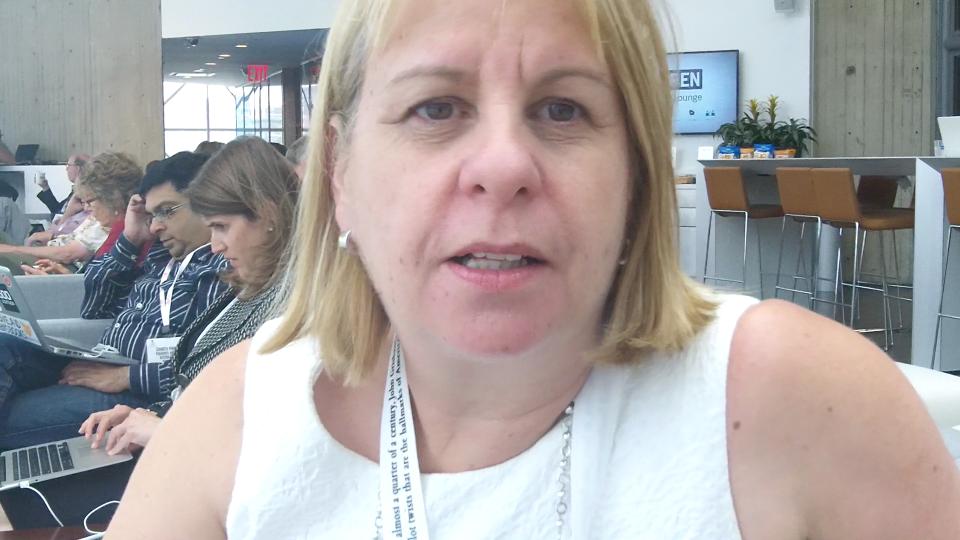 The Book Expo America has brought its load of new titles and technology, some striking some mainstream. One of the interesting newcomers to the BEA Expo was TheReadingRoom.com, a global community for readers, which enables users to connect with other readers, share their reading experience, find like-minded readers, recommend books to each other, join online book cubs, track favorites authors and buy both print and eBooks. Not exactly a new concept, but well organized and easy to use, unlike some of the similar offerings.

I had the opportunity to interview Kim Anderson, the Founder and Managing Director of TheReadingRoom.com. Kim’s career spans a wide range of media development including book, magazine and newspaper publishing, online media, mobile and free to air television including digital and interactive formats.

Originally based in Sydney as Non-fiction Publisher for HarperCollins, Kim has worked for a variety of book publisher and Newspaper proprietors, including John Fairfax and Sons, Prentice Hall, Grolier and Kevin Weldon and Associates. In 1993 she was posted to New York to set up a new media vision for HarperCollins worldwide working with closely with 20 Century Fox, News Electronic Data and other News Corp subsidiaries. In 1995 she returned and joined PBL to create ninemsn Australia¹s number one online portal, a joint-venture with Microsoft. In 2000 Kim transferred to the Nine Network, where she was responsible for breaking new ground in interactive television formats, as well as ensuring the digital transition of Nine to the pay TV platform (Foxtel).

Kim has also been a Fellow of Senate of The University of Sydney from 2004-2011, a former Board Member of the Sax Institute, and a former member of the Advisory Board of CCi, QUT, and the Centre for Media, Technology and Law at Melbourne University.

You can watch the interview on our Youtube channel: https://www.youtube.com/watch?v=1xphsUJHRIQ

TheReadingRoom.com claims to be the leading independent online portal for avid readers to discover new books and – in the process – each other.  By combining the power of social networking with carefully curated content, recommendations and featured selections, as well as the ability to buy eBooks and print titles in the U.S. (followed later by other parts of the world), readers can now discover books via TheReadingRoom.com in much the same way they have in the past: from people they know and trust.

With more than seven million book records, TheReadingRoom.com simplifies and personalizes the book selection process by providing readers with both social networking tools, private and public Book Clubs and curatorial expertise to help discover new titles through tailored suggestions.  The site also provides reviews and expert critical analysis from the New York Times and The Guardian (London) as well as reviews from TheReadingRoom.com members and respected book bloggers. Membership is free