The canary Tweety and the cat Sylvester are the characters of the animated series Looney Tunes and Merry Melodies of Warner Bros. Sylvester, and Tweety have appeared in numerous cartoons of Warner Bros. between the fifties and sixties, and in  television compilations,  during the seventies and eighties. Clampett created the character Tweety in the animated short film of 1942 “A tale of two kitties” along with two starving cats Babbit and Catstello. At his debut, Tweety is called Orson in tribute to Orson Welles of which Clampett was a great estimator. The name Tweety is a play on words as it originally meant “sweetie” along with “tweet” like the sound of birds. Clampett began working on an animated short film in which Tweety clashed with a black and white cat created by Friz Freleng in 1945, then Clampett left the Warner studios before finishing the job, and Freleng took over the project, creating the classic look  of Tweety, giving him  big blue eyes and  yellow plumage. 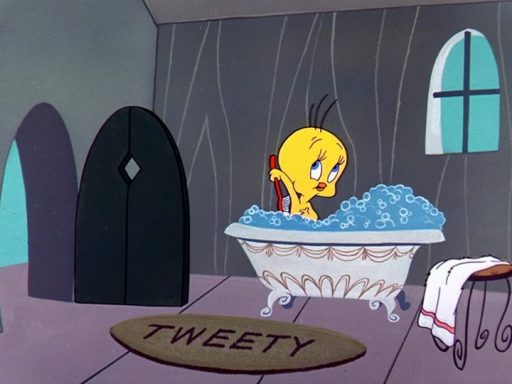 Clampett told in the documentary “Bugs Bunny Superstar” that the feathers were added to satisfy the complaint they had about the fact that the bird was naked. The first short film with the couple Tweety-Cat later called Sylvester  is “Tweetie Pie” of 1947, which gave Warner Bros. its first Oscar for animation. Many other funny episodes directed by Friz Freleng are: “Home tweet home”, “Canary row” in 1950,  “Snow business”, “Catty cornered”, “A street cat named Sylvester” in 1953, “A pizza tweety pie” in 1958 this episode set in Venice it will be also broadcasted  on  television in an Italian version with the title “Silvestro e Titti a Venezia”, “Tweet & lovely” in 1959,  “Hawaian aye aye” in 1964, is directed by Gerry Chiniquy. 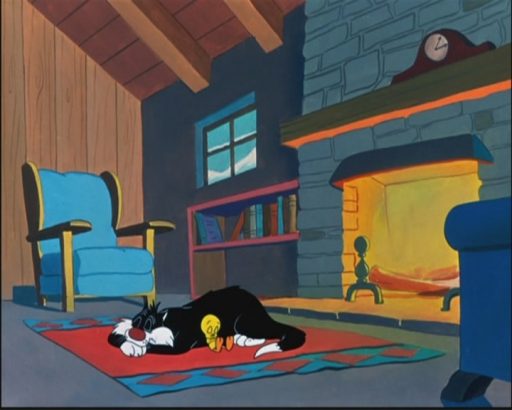 Tweety looks like an innocent baby but he is very smart, often a quiet canary who spends the  days in his cage, tweeting and swinging on a perch and singing melodies but if provoked by a cat or another opponent becomes spiteful, ready to defend himself, while his mistress of all time is Granny with her bulldog Hector. When at home, the cat Sylvester thinks of some way to catch the canary Tweety, who sometimes says: “I tawt I taw a putty tat”, meaning  “I thought I saw a pussy-cat”. This famous phrase is the title of “I taw a putty tat” a Merrie Melodies animated film directed by Friz Freleng in 1948, with Tweety says this phrase when he sees the cat Sylvester,  Tweety  speaks in baby-talk, and so the spelling was changed from “putty tat” to “puddy tat” as that is the way many small children say it. In later cartoons, Tweety says “I did! I did tee a puddy tat”. During the nineties, the canary also starred in the animated TV series “The Sylvester and Tweety mysteries” in which Granny ran a detective agency with the assistance of Tweety, Sylvester and Hector. In 2001, a younger version of Tweety appeared on Baby Looney Tunes. The canary has also participated in several films, including “Space Jam”, “Canary Tweety”; he  also has a small part in the film “Who framed Roger Rabbit”.  Tweety also appeared in a curious version of Dr. Jekyll and Mister Hyde, mistakenly consuming the potion of Dr. Jekyll, turned into a monstrous version of himself. The transformation took place for the first time in the episode “Tweety and Doctor Jekyll”, and a second time in the episode entitled “London Broiled” in the series “Sylvester & Tweety mysteries”. 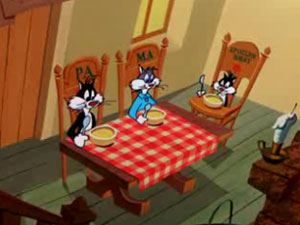 Sylvester (Sylvester J. Pussycat Sr.)  is a cartoon  character of Looney Tunes and Merrie Melodies, he is a Tuxedo,  black and white cat obsessed with the desire to capture Tweety; the name Sylvester is from Felis silvestris, the scientific name for the wild cat species.  In some stories there is also his son Sylvester Jr. (Silvestrino) who made his debut in the short film “Pop ‘in Pop directed by Robert McKimson in 1950, the character of Sylvester the cat has his complete look in “Life with feathers” film; it was designed by Warner Bros.’s group of American designers as well as Looney Tunes characters, composed by Robert McKimson, Chuck Jones and Friz Freleng.  The movie “Life with feathers” is directed by Friz Freleng in 1945; it is an animated short film of the Merrie Melodies series, produced by Warner Bros., released in the United States.  The film received Oscar nominee for the best animated short film at the Oscar Awards 1946, “Life with feathers” is the first appearance of the cat Sylvester. The film was re-edited with the “Blue Ribbon”.  The cat has starred  in many episodes of Looney Tunes and Merrie Melodies, playing in several films, including “Space jam”. 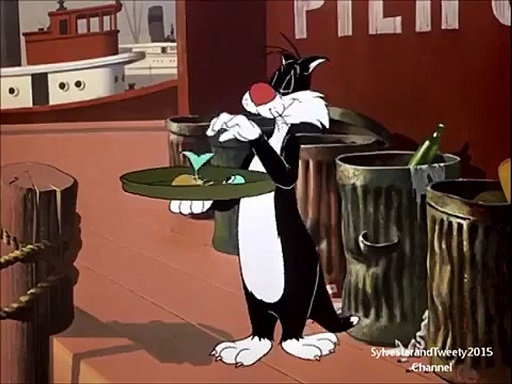 There is also an enjoyable episode titled “Goldimouse and the three cats” realized in 1960, with Sylvester and his family: Mrs. Sylvester and the little Sylvester. They have for lunch a bowl of porridge on the table, returning from a walk, they just find a little mouse in their cottage. This animated film was included in the 1982 feature film “Bugs Bunny 1001 Rabbit tales”.  Always  hungry, Sylvester is often seen trying to capture the canary Tweety he found inside a cage for birds or fluttering for the house, but protected  by eccentric grandmother Granny. 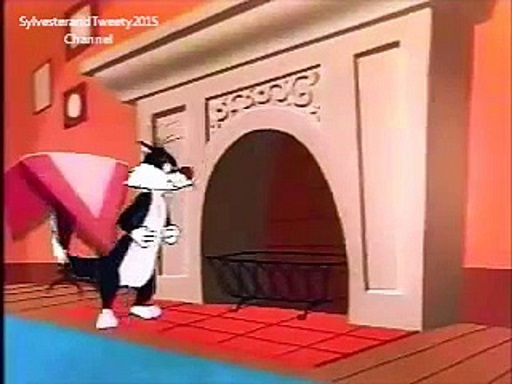 Sylvester is tenacious and proud but he can never capture Tweety, a little for circumstances, a little for clumsiness but, above all, because Tweety is only apparently naïve; in reality he is smart, ingenious and spiteful. In addition to Granny, to the rescue of Tweety also comes a bulldog, Hector, stocky and muscular, though not very clever. 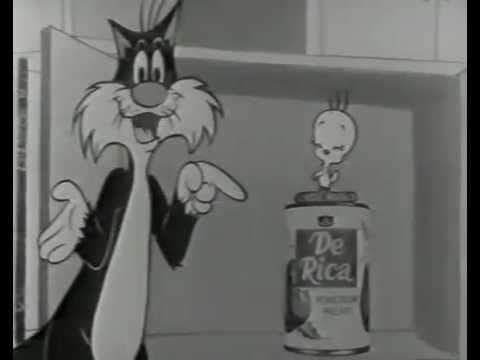 In 1967, Tweety &  Sylvester  appear in the advertising curtains of Carosello, as testimonial of the Italian sauce brand “Pelati De Rica”. The cartoon was designed and animated by Nino and Toni Pagot. The phrase of the TV commercial product was “Oh no! On De Rica you cannot!” Always pronounced by the cat, who refrains from jumping on the canary after that, he poses on the product of the advertised brand. In 1995 the yellow canary Tweety and the black and white cat Sylvester meet at a supermarket in the TV commercial “Orange grape crush”, a famous drink in America. Nice as always, Tweety and Sylvester, are two  great actors.