Pope Francis cleared the path for sainthood for Pope John Paul II, accepting the veracity of a miracle attributed to his intercession, thus initiating the very unusual canonization of two popes (John Paul II and John XXIII) at the same time. 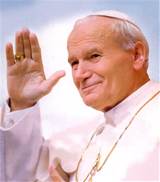 Pope Francis decided to canonize the popular John XXIII even though The Vatican has not officially confirmed a second miracle attributed to his intercession, hence showing his determination to prove his papal authority, which allows him to dispense of procedures if needed.

Born Karol Wojtyla, John Paul II was the first non-Italian pope in more than 400 years, and the first from Eastern Europe (Poland). He was enormously popular, avoiding the pomp that characterized his predecessors and looking for contact with ordinary people, just as Pope Francis does. John Paul II was the first pope to pray in a synagogue, the first to enter a mosque in an Islamic country, and the first to chair a meeting of the leaders of all the major world religions.

Pope John Paul II was an inspirational figure who helped topple communism in Eastern Europe, but was also known for his conservative views. During a papacy that lasted nearly twenty-seven years, John Paul II travelled all over the world, hailed by immense crowds as he advocated peace, denounced human rights abuses and criticized the decadence of the modern world.

One of his closest collaborators, Cardinal Giovanni Battista Re, summarized his character clearly: “He was a man of certainties, not doubts; a mystic who had both feet on the ground.” 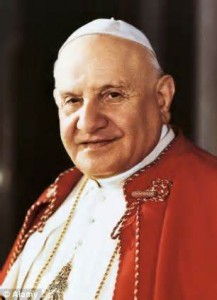 Pope John XXIII is surprisingly popular after more than thirty years after his death, and is considered a man of kindness, sanctity, vision, and a saint by many, especially in Italy, where he was called by everyone “Il Papa buono”, the Good Pope, with an emphasis on his being a good man more than a good pope.