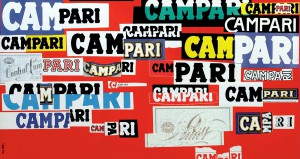 Milan, April 15, 2014- Gruppo Campari has reached an agreement to acquire 100% of the share capital of Fratelli Averna S.p.A (‘Averna Group’), an independently owned business, based in Caltanissetta (Sicily, Italy).

Averna Group is a leading spirits company in the Italian market, owner of Averna, the second best-selling bitter in Italy, and one of the best well-known and appealing bitters worldwide. Moreover, Averna Group owns a portfolio of premium brands, among which, Braulio, a herb-based bitter, particularly known in Northern Italy, Limoncetta, a natural sweet liqueur made of lemon peel, and Grappa Frattina, through which Gruppo Campari enters the grappa category. 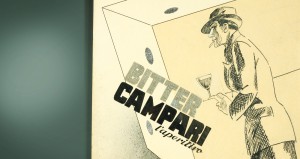 Bob Kunze-Concewitz, Chief Executive Officer, commented: ‘With the acquisition of Averna Group, we continue to strengthen our portfolio of premium offerings and consolidate our position as the leading purveyor of premium Italian liqueur and bitter specialties worldwide. Adding a portfolio of brands with high quality, high margin and strong cash generation capability, this acquisition represents a great opportunity for us to leverage our international route-to-market for profitable growth, in line with our acquisition strategy.
Other  than  in  Italy,  we  will  increase  our  critical mass  in  key  Central  European  markets,  particularly  in Germany. Moreover, thanks to our strong distribution network in North America, we are very well positioned to benefit from the market’s growth potential, particularly in the US, where mixologists and local consumers are showing growing interest in Italian bitters and liqueurs in the on-premise channel. In this core market, with Averna, we will further enrich our existing offering of Italian specialities, including Campari, Frangelico, Cynar and Aperol’.
The Averna family commented: ‘Today we pass the leadership of our business to Gruppo Campari, who has very deep roots in Italian traditions and values in the beverage sector with more than 150 years history. We are confident that Gruppo Campari will efficiently develop the business that has been managed by five generations of our family, who first of all associated its name with the iconic bitter product, and developed other high quality products as well. Campari will surely further strengthen the leadership position of the business in Italy and, moreover, will reinforce the international expansion in an increasingly competitive and challenging environment, continuously emphasizing the value of ‘Made in Italy’ in the more than 180 countries where it is present’. 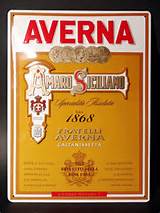 Founded  more  than  150  years  ago  by  the  Averna  family,  the  acquired  business  has  been  continuously managed by the founding family for five generations. Averna, a liqueur with full, easy and versatile taste from the perspective of consumption occasions and drinking modes, is produced according to a very traditional and unchanged recipe since 1868 based on herbs. Over the years, Averna has continued its success in the Italian market, becoming the second best-selling bitter with a market share of 15%. In the last decade, while further strengthening its position in the domestic market, Averna also started its internationalization process by growing its brands in key markets, in particular, Central Europe and North America.

Other than Averna, Gruppo Campari also acquired Braulio, a bitter product based on an ancient recipe with alpine herbs, particularly popular in the North Italy and with high growth potential in international markets. Moreover, amongst the other brands, the acquired portfolio includes Limonecetta di Sorrento, a sweet and natural liqueur obtained from the peel of P.G.I. (Protected Geographic Indications) Lemon of Sorrento, a core brand in the Limoncello category, and Grappa Frattina, a leading brand in its category and suitable for both sipping and mixability in terms of consumption. Thanks to Grappa Frattina, Gruppo Campari enters the grappa category. 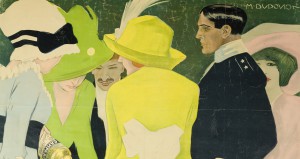 In the fiscal year ended 31 December 2013, Averna Group achieved total net sales of € 61.8 million, up by +3.1% compared with the previous year. Approximately 40% of the 2013 net sales is generated by Averna and 11% by Braulio and Limoncetta. The rest is generated by a portfolio of spirit brands, of which the most important is Grappa Frattina. In terms of sales distribution by geography, Italy represents roughly 65% of the total sales of the acquired business, while 35% is achieved in international markets, mainly Germany and Austria. 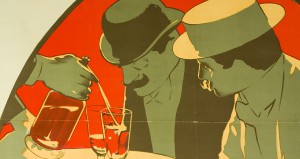