For the Cuisine of Europe, and a lot more… Thank Columbus 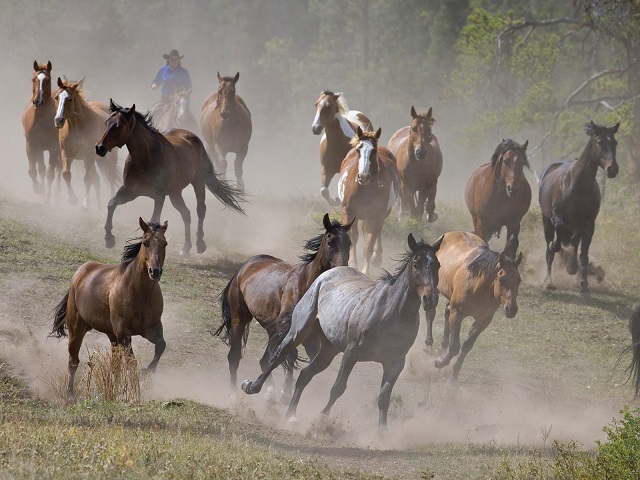 We have much to thank Columbus for, although in the U.S. there seems to be a trend to bash him. On October 12th the entire Hispanic world (Spain, Central America, South America, the Caribbean) celebrate ‘El Dia de la Raza’ – the day Columbus introduced the Hispanic race to America. They realize how monumental the result was.

Here in the United States Columbus has fallen out of favor. School teachers talk about the scourge of disease Columbus brought, such as small pox and syphilis, the maltreatment of the indigenous peoples, even though there was plenty of abuse going on in Europe. Remember the Inquisition? 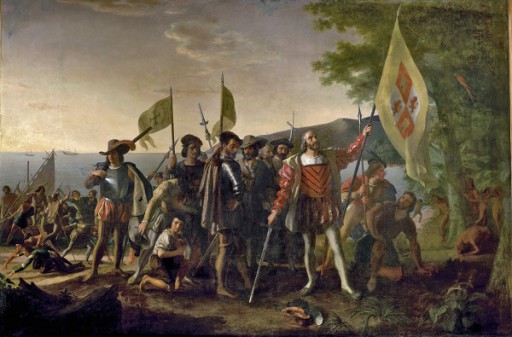 School children taught about Columbus, usually learn he came from Genoa, went in search of a western route to the Indies seeking exotic spices for food preservation, silks and gold to enrich himself and the Spanish crown. They may say, he really wasn’t a great navigator because he got everything wrong. He didn’t end up where he was supposed to end up. e didn’He Also, the teacher may mention he discovered the New World filled with indigenous people he named Indians because that’s where he thought he had landed – the Indies.

In some classes you may learn that the discovery of the Americas enabled scholars to contemplate and challenge ideas about people, places and things in Europe, now that a race of people existed that thought totally differently from Europeans, but were the same physiologically.

Columbus introduced good and bad things into the New World. Indeed this is true. However, do we ever learn about the Columbian Exchange? Columbus and his successors introduced animals (food sources) that didn’t exist in the New World. All the natives lived a vegetarian society. Columbus in exchange brought back to Europe crops that changed the face of the culinary world in Italy, France, Spain, Ireland and beyond. 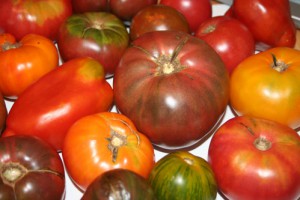 When Columbus landed in the Bahamas on October 12, 1492, he unloaded rats, dogs, cats, horses, cows, pigs, wheat, barley, sugar cane. Can you imagine Cuba without sugar cane? Thank Columbus. How about Ireland without the potato? Thank Columbus. What would Neapolitan cuisine be if it were not for the tomato? But this was just the beginning.

With each successive trip Columbus disembarked with more European seeds and animals. These animals remained and bred in the new pristine land that was lusher than anything found in Spain and Italy. The small population of pigs, horses and cattle exploded thanks to the grass lands and edible fauna. Pigs ate iguanas, shellfish, sweet potatoes, cattle and horses took the grasslands. Even the rats, dogs and cats went wild breeding in the new environment.

You may ask, why on earth would Columbus take cats and rats onto his ship? There is a logical reason. The rats stowed-away and the sailors, knowing this was inevitable, brought cats to keep the rat population down because the rodents would jeopardize the food stock on board ship.

Not only did the Old World animals like the New World food, the people of Europe did as well. The European diet was dull to say the least. Lower and middle classes regularly ate dark bread, cabbage soup and cheeses at meal times. The wealthier classes might have added meat to the repast, but the meat was often rancid because of the lack of refrigeration and had to be disguised by salt and spices such as ginger, cloves and cardamom. Chefs across the continent enthusiastically embraced the strange food, starting with turkey, potatoes, green beans, pineapple, corn and beans. No pasta e fagioli soup if it were not for Chris from Genoa.

In Cuba, Columbus first tasted corn and found it very tasty. He brought it back to Ferdinand and Isabella, on whom the vegetable made a big impression. The Spanish introduced corn around the Mediterranean and by the mid 16th century, it was a staple in northern Italy becoming the polenta we know of today. In Romania too, it became a cornmeal mush called mamaliga.

On the whole, though, corn did not gain favor in Europe as a food source for people. Corn was cultivated for animal feed. It was cheap to grow, and improved the animals’ nutrition. 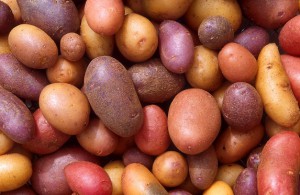 Thanks to their high caloric value and their ease of cultivation, potatoes were prized from the start, particularly in the northern climates. Farmers were anxious to plant and watch the spuds grow. Thanks to the Basque fishermen from northern Spain, potatoes made their way to Ireland. Irish soil was perfect for growing potatoes. The potato could be rained on day after day, fought upon (the Irish were always fighting) and escape the detection of the English raiders because the food source was hidden safely in the earth.

Later, Catherine the Great became a big proponent of the potato and it helped the Russian people survive during a famine. “One and half acres, planted with potatoes, would provide enough food, with the addition of a bit of milk, to keep a family hearty for a year” wrote Alfred Crosby in the “The Columbian Exchange.” Did you know that vodka is made of potatoes and grains? What’s more Russian than vodka?

The first tomato that came to Italy was the yellow tomato. That is probably why Italians named it the pomodoro – “golden apple.” Shortly thereafter red tomatoes, of which there are many, many kinds, made their appearance. There are large tomatoes, thin tomatoes, sweet tomatoes, nipple-shaped tomatoes, serpent tomatoes, coyote tomatoes, sand tomatoes, hot tomatoes and somehow they became the rage in southern Italy and altered Neapolitan cuisine.

Even African food made it into the Columbian exchange. The African diet was transformed by the introduction of New World crops such as okra, sweet potatoes, potatoes, green beans, corn and cassava root. In exchange, the Americas acquired coffee. 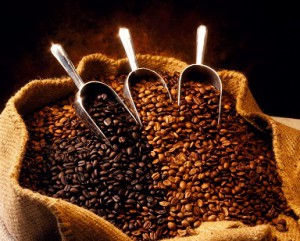 Coffee beans were first cultivated in Ethiopia. From there they ended up in Yemen, originally for the use of Sufi monks who needed it to stay awake during extended prayer sessions. Because of the close ties between Spain and the Arabs, coffee made it to the New World.   The Spanish monks needed coffee to stay awake too. Sorry, Colombia. You may have vast coffee bean farms now, but you did not start to cultivate the coffee bean until the early 1700s, which was over 200 years after Columbus.

The United States owes a great debt to Columbus for many, many reasons. If it were not for the Genoese sailor, corn would not have been cultivated here. We make bourbon whisky and other spirits out of it, feed corn to our livestock, and make all sorts of food–related products (corn syrup, corn oil, beer, instant tea, coffee and soup) and non-edible products (plastics, ethanol, paper products, toothpaste, dry wall) out of it. They even make baby powder and embalming fluid from corn. Lastly, every US citizen consumes an average of three pounds of potatoes a day. Thanks, Columbus. We’ll never go hungry.