FIAT CHRYSLER Continues its Steady Growth in Italy and USA

The Italian auto market registered a 1.9% year-over-year increase for the month of April. Fiat brand sales were up 4.1%, continuing the positive trend recorded in February and March. Jeep brand posted a 58.8% increase. The Fiat Panda, Fiat 500L, Fiat 500, Fiat Punto and Lancia Ypsilon were the five best selling vehicles in Italy.

For the month of April, the Italian auto market was up 1.9% year-over-year with a total of more than 119,000 vehicles sold. The increase was below the March level (+5%) as consumers delayed purchases after the April 28th announcement that new eco-incentives would be introduced from the 6th of May. For the four months year-to-date, the market was 5.0% higher than the same period in 2013, with more than 496,000 vehicles sold.

Fiat Chrysler Automobiles posted April sales in Italy of just over 34,500 vehicles, down 1.7% from the prior year. Contributing to the decrease was the decision by consumers interested in one of the Group’s CNG or LPG models to delay their purchase following announcement of the new eco-incentive program. Group market share increased 94 basis points over the March level to 29.04%, but was down 108 basis points from April last year. For the four months year-to-date, FCA’s Italian sales totaled more than 140,000 vehicles (+1.5%) and market share was 28.3% (-100 bps).

Lancia posted April sales of more than 4,400 vehicles with market share at 3.7%. The year-over-year decline in both volumes and share reflected the brand’s decision to reduce its presence in the lower margin sales channels. For the year to date, sales were down to just under 20,000 vehicles compared with more than 21,000 vehicles for the same period in 2013. Brand market share for the period was 4% (-50 basis points).

The Ypsilon continued the positive trend of recent months, ranking second in the B segment. For the year to date, sales of the Ypsilon were up 12.9% to nearly 1,600 vehicles. 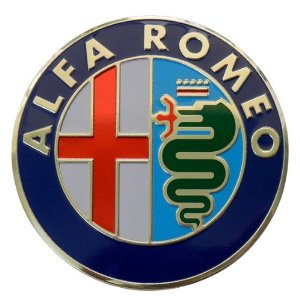 The MiTo continued to perform positively with share in the B segment remaining in excess of 2% driven primarily by sales of diesel models. Volumes for the Giulietta also benefited from demand for the LPG model.

Underpinning those results was the Grand Cherokee, with April sales of more than 250 vehicles and a 21.5% segment share. The all-new Cherokee launched in mid-April has already begun generating strong orders.

Chrysler Group LLC reports U.S. sales for the month of April up 14%, representing the best April since 2007

Chrysler Group LLC today reported U.S. sales of 178,652 units, a 14% increase over the same month in 2013 (156,698 units) and the best April sales since 2007. The Jeep®, Dodge, Ram Truck and Fiat brands all posted increases and Chrysler Group extended its streak of year-over-year sales gains to 49-consecutive months.

“Strong consumer demand for our Jeep sport-utility vehicles and Ram pickup trucks continued in April as Chrysler Group extended its streak to 49-consecutive months of year-over-year sales gains,” said Reid Bigland, Head of U.S. Sales. “The spring selling season is heating up as our Jeep brand had its best monthly sales ever. Both of our minivans had a strong April and the Ram pickup truck had its best April sales ever.” 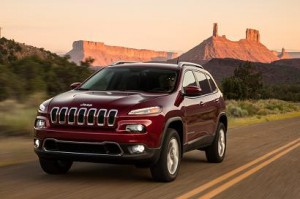 Jeep brand sales were up 52%, the brand’s best ever monthly sales and the largest percentage gain of any Chrysler Group brand in April. The Jeep Compass logged its best sales month ever, and the Jeep Wrangler and Patriot both set records for the month of April. The Patriot posted the largest percentage gain of any Jeep brand vehicle for the month, with sales up 44% year-over-year. Sales of the all-new Jeep Cherokee were up 9% versus the previous month of March and the Grand Cherokee had its best April in nine years, with a 4% year-over-year increase.

During the month, the all-new 2015 Jeep Renegade made its North American debut at the New York International Auto Show. True to the brand, the Renegade is the most capable, fuel-efficient and technologically advanced ever in the small SUV segment.

Ram Truck sales were up 22% in April, representing the brand’s best April since 2006. Sales of the Ram pickup truck were up 17%, the model’s best ever April sales performance and its 48th-consecutive month of year-over-year sales gains. Ram Light Duty sales increased 7% for the month, while Ram Heavy Duty pickups were up 32%. The Ram Cargo Van logged its best ever April sales, with a 77% year-over-year increase, while the Ram ProMaster van posted an 11% increase compared with the previous month of March.

Fiat brand increased sales 10% to post its best ever April sales performance and its fifth-consecutive month of year-over-year sales gains. With a 60% year-over-year increase, the Fiat 500 Cabrio Abarth posted the largest percentage gain of any Fiat 500 model for the month. 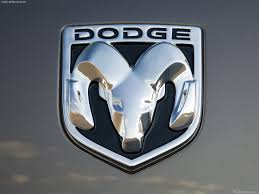 Chrysler brand sales were down 21% for the month, reflecting the end of production of the 2014 Chrysler 200. The 2015 Chrysler 200 is expected to begin shipping to dealers during the second quarter. The Chrysler Town & Country minivan posted a 16% year-over-year sales increase. It was the minivan’s best April sales since 2010 and its ninth-consecutive month of year-over-year sales gains. Sales of the 300 were up 16% compared with April a year ago.