Damned If You Do. STAGE REVIEW: “Comes a Faery” by James McLindon

Temptation has been arresting attention since the tale of Adam and Eve. Whether one boldly seeks out Satan to bargain, or is tricked by a wily demon, this probably won’t end well.

Thus there is immediate tension when we meet eight-year-old Siobhan (Meghan St. Thomas), the precocious protagonist of “Comes a Faery” by James McLindon, a lonely child who entertains an imaginary companion, Seaneen (Josh Marcantel), an Irish leprechaun who greets her with a cheerful, “Top o’ the morning!” even at night. The little girl, a self-proclaimed “fairy doctor,” is able to see invisible creatures, she explains to Aunt Katie (Michaela Reggio). 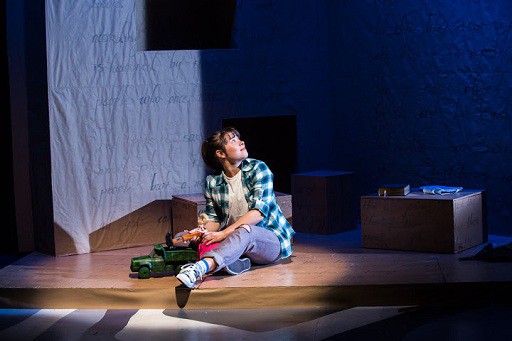 They are living together, temporarily, because Maureen (Siobhan’s single mother and Katie’s sister), a truck mechanic in the Army, has been summoned for active duty in wartime. Updates on the war must be worrisome because Aunt Katie has been scissoring out articles in The Boston Globe before her young niece can read it. 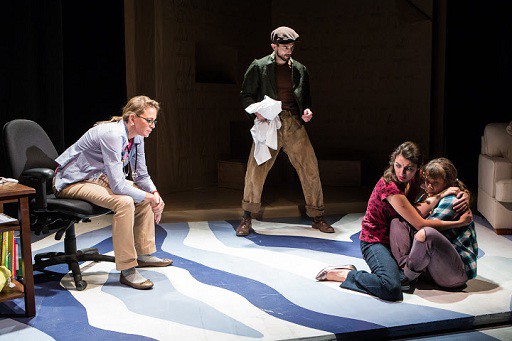 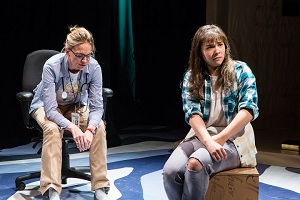 Harping on Siobhan’s fears, Seaneen dares her to misbehave, promising that if she’s bad, then the Army will send her mother home. When some of Siobhan’s (offstage) misdeeds are reported by the school, Aunt Katie turns to Dr. Neery (Lori Kee). Needled by Seaneen, however, the troubled girl attacks the pediatrician and sets her on fire. Raise your hand if, at this point, your thoughts strayed to Patty McCormack’s portrayal of the cunning 8-year-old murderess Rhoda Penmark who set a janitor on fire  in “The Bad Seed” by Maxwell Anderson. 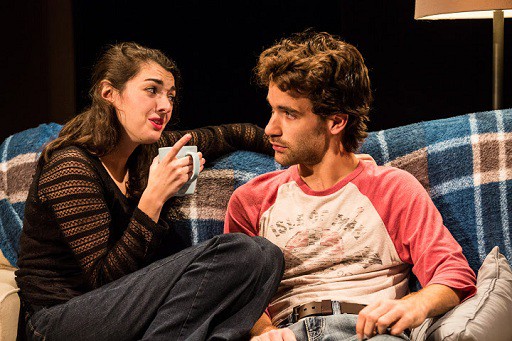 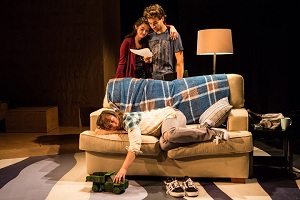 What’s a childless unmarried aunt to do? Katie seeks help from her feckless artist boyfriend Rafael (Ben Miller). Her own mother, a recovering alcoholic, sounds like an unstable caregiver, yet Katie tries to get her to assume custody. After five days of silence from Maureen, household tension ramps up. Single-minded Seaneen convinces Siobhan to follow him to The Fairy Fort, in reality a dangerous construction site where a teenager drowned. Will she or won’t she? 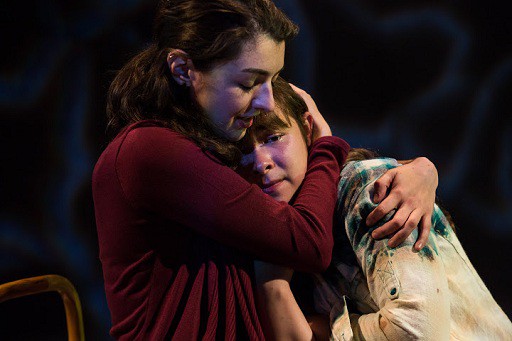 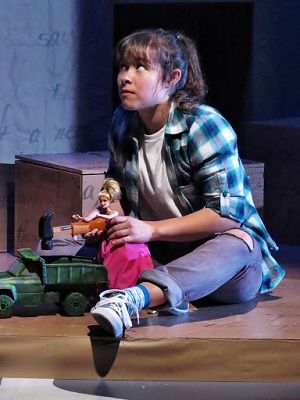 Children in peril are always compelling whether faced with The Pied Piper, a weird stranger with candy, or a peevish 8,000-year-old imp. It is obvious Seaneen’s intentions are not honorable even though his endgame is not immediately clear. And when he does spell it out, at the finale, he actually makes it a little too explicit. (Whoops.) 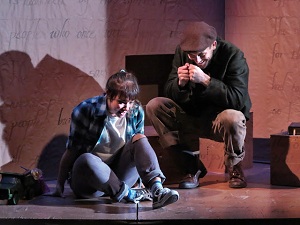 Director Shaun Peknic pushes Siobhan and Seaneen to aerobic exhaustion, as they dance an Irish jig and race around the set like kids playing tag. Between their exuberance and the demands of their dangerous pas de deux, they are a hard act to follow. Unfortunately, the others in the household, Katie and Rafael, lack agency and don’t hold our interest. Though Rafael builds some rapport with Siobhan by sketching fairies and confiding that his mother put him in foster care, these elements are not fully developed.

Another stumble is the aunt’s priorities. Aunt Katie discusses money and mundane bits in phonecalls to her Mom, and not once but three annoying times — — for example, “Maureen sends home $300 and I can contribute $100. I already bought her summer clothes.” Conspicuous in its absence is the fact that only little Siobhan is worried about her Mom’s welfare. After five days of silence, the audience is certainly wondering if Maureen is injured, captured, or dead and when the other shoe will drop. 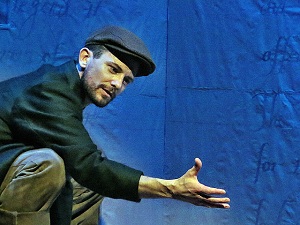 Why doesn’t Katie try to reach her sister’s military unit? Doesn’t she care? Had this emotional angle been developed, the aunt character would have had more to work with. As it is, her drab dollars-and-cents phone conversations really get on your nerves. 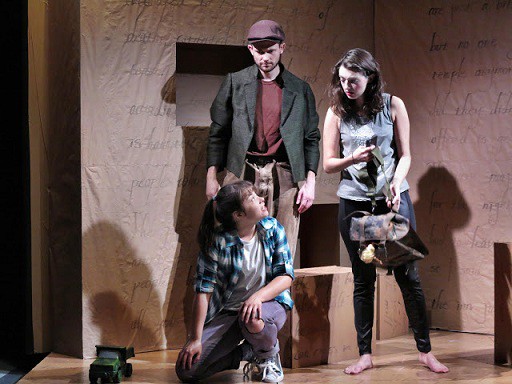 When innocence is imperiled by a demonic force, the viewer is intent on this dilemma and focused on the child. We’d be siding with Aunt Katie, too, if she were more concerned about her soldier-sister and a fiercer advocate for her troubled niece. 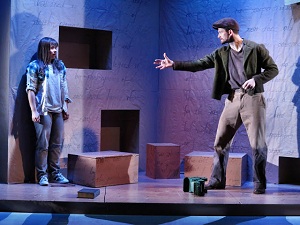 Rafael comes across as clutter. What purpose does he serve? He draws sexy fairies. So what? Why isn’t he integrated better into the central conflict? Maybe he should be a Catholic priest. 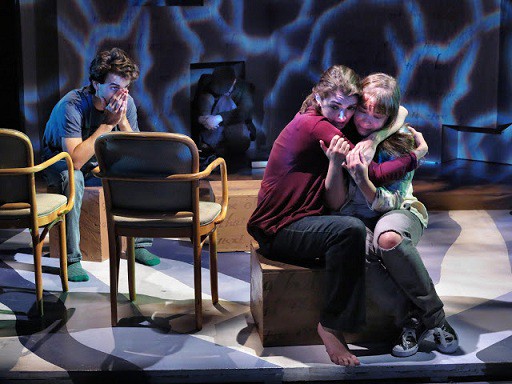 Shaun Peknic usually keeps the action moving, though the pacing in the lovemaking scene seemed off.

Costume designer Debbi Hobson might have varied the palette for Aunt Katie, starting off with carefree pastels and then getting gloomier as the household troubles increase, adding context and underscoring the drama instead of merely giving the actress more changes. 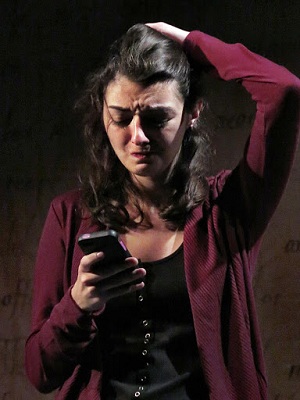 Incidental music by The Roly Polys drifts into McLindon’s ozone of manipulation and expectation, the tug-of-war between good and evil.